In a recent bible study, I was staggered to see so many bible verses about gossip and slander. The bible has much to say about the little member of our body we call the tongue and the powerful yet devastating effects it holds when compared to other larger parts of the body.

James 3:8 says no human being can tame the tongue and refers to it as a restless evil, full of deadly poison.

They’re happiest spewing words of hatred and without the prospect of hurting others, there’s not much else for them to talk about.

What the Bible Says About Gossip

Interestingly, the Bible places gossip in the same category as all other unrighteous deeds such as fornication, wickedness, covetousness, maliciousness, envy, murder, deceit, and malignity. Take a look at Romans 1:29-32 at your leisure.

Here you’ll find gossip is the same as telling a lie or committing murder. In God’s eyes it’s all sin. And, according to the bible, those who commit these sins are worthy of death. In other words, gossip is not a small offense.

Bible Verses About Gossip and Slander

My limited study on gossip and slander reveals a vast amount of scripture references related to these two evils. While the list is extensive, it is not exhaustive by far. These scriptures confirm gossip and slander were as prevalent thousands of years ago as they are today. Nothing new under the sun, right?

Scriptures About Gossip in the Old Testament

Exodus 23:1 instructs, “You shall not raise a false report: put not thine hand with the wicked to be an unrighteous witness” (KJV).

The bible also commands us to not go up and down as a talebearer among your people: neither shall you stand against the blood of your neighbor: I am the Lord (Leviticus 19:16).

If we desire life and love many days to see good, Psalm 34:12-14 teaches us to keep our tongue from evil and our lips from speaking guile.

Proverbs 18:8 tells us, “The words of a whisperer are like delicious morsels; they go down into the inner parts of the body.”

Doesn’t that sound evil? Repeat this to yourself, “The very words go down into the inner parts of the body.”

Proverbs 10:18 cautions, “He that hideth hatred with lying lips, and he that uttereth a slander, is a fool,” (KJV).

Proverbs 20:19 warns, “He that goes about as a talebearer reveals secrets: therefore, meddle not with him that flatters with his lips.”

This scripture is self-explanatory. It doesn’t get any clearer than this; however, for anyone who needs me to explain, do not associate with gossipers.

The bible has a long list of scriptures alerting us of the evils of gossip and slander. This is by no means the full list of scriptures about the two in the Old Testament. It would be impossible for me to list them all in this one post but do yourself a favor and study the scriptures for yourself. You’ll be so glad you did.

Remember that one scripture everyone loves to quote about life and death are in the power of the tongue? That’s from the Old Testament, Proverbs 18:21 to be exact. Written thousands of years ago yet still relevant for us today. 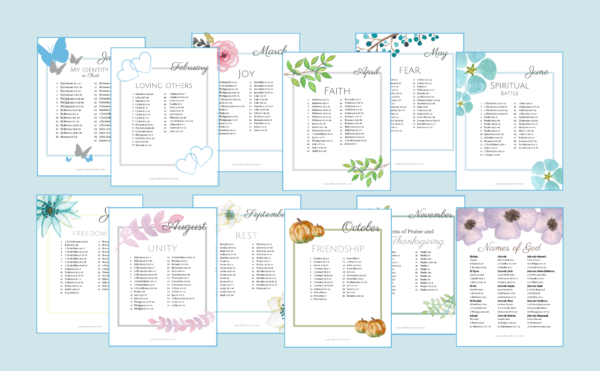 Scriptures About Gossip in the New Testament

The New Testament is not short of its teachings about gossip, or slander.

Ephesians 4:29 tells us, “Let no corrupting talk come out of your mouths, but only such as is good for building up, as fits the occasion, that it may give grace to those who hear” (ESV).

James 1:26 cautions, “If anyone thinks he is religious and does not bridle his tongue but deceives his heart, this person’s religion is worthless” (ESV).

2 Timothy 2:16 advises, “But avoid irreverent babble, for it will lead people into more and more ungodliness” (ESV).

As you can see, there is nothing good about gossip or slander. We are warned not to do it and cautioned to stay away from the ones who do.

Examples of Gossip in the Bible

Let’s take a look at a few different examples of gossip in the Bible from both the Old and New Testaments.

Gossip and Slander in the Old Testament

The bible warns us of the evils of slander early in scripture. Two notable victims of this evil act are King David and the Prophet Jeremiah, though I assure you, they were not the only two.

We’ve all been victimized by gossip and/or slander. If you haven’t yet, just keep living. In Psalm 41, you can feel the agony King David suffers at the hands of those who lied about him and slandered his name.

His anguish is evident in verse 5 where he expresses, “My enemies say of me in malice, When will he die, and his name perish?”

That’s the actions of his enemies; however, take a look at the actions of a friend. David paints this picture in verse 6, “And when one comes to see me, he utters empty words, while his heart gathers iniquity; when he goes out, he tells it abroad.”

In verse 9 he also reveals, “Even my close friend in whom I trusted, who ate my bread, has lifted his heel against me.”

King David says, “All who hate me whisper together about me; they imagine the worst for me” (v. 7). Clearly, King David is a victim of gossip and slander.

Jeremiah 18:18 divulges, “Then said they, Come and let us devise devices against Jeremiah; for the law shall not perish from the priest, nor counsel from the wise, nor the word from the prophet. Come, and let us smite him with the tongue, and let us not give heed to any of his words.”

Gossip and Slander in the New Testament

Here are a couple of examples of gossip and slander in the New Testament.

I will assume you already know about our Lord and Savior Jesus (Yahshua), who was crucified because of slander and lies.

The Son of man came eating and drinking, and they say, “Behold a man gluttonous, and a drunkard, a friend of publicans and sinners. But wisdom is justified of her children” (Matthew 11:19).

Jesus was the only man who lived and did not sin. He did no wrong in His Father’s eyes, yet He was lied on and talked about.

The Apostle Paul, who was thrown into jail and whose life was threatened on more than one occasion, was certainly a victim of slander.

He warned others in his epistles, “when we are slandered, we answer kindly. We have become the scum of the earth, the garbage of the world—right up to this moment” (1 Corinthians 4:13, NIV). 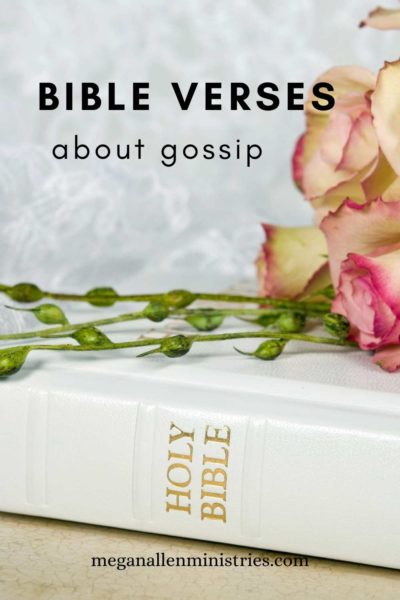 How to handle Gossip Biblically

Gossip and slander aren’t innocent insignificant acts. The scriptures clearly show God detests them both. So much so, He considers them sin and worthy of death. To Him, they are no different than telling a lie or taking a life.

The bible warns us not to take part in these sinful undertakings.

In Leviticus 19:16, God Himself instructs us to “Never gossip. Never endanger your neighbor’s life. I am the Lord.”

In Ephesians 4:29, the Apostle Paul writes “Let no corrupting talk come out of your mouths, but only such as is good for building up, as fits the occasion, that it may give grace to those who hear.”

Lastly, Proverbs 17:4 tells us that evildoers listen to the words of the wicked and warns us to avoid listening to gossip.

So, not only is gossiping evil, but listening to it as well. As a matter of fact, those who listen to it are called evildoers. It doesn’t get any clearer than this.

Thus, the best way to handle gossip biblically is not to do it. Don’t speak it. Don’t even listen to it.

Consider Proverbs 19:5 which cautions, “A false witness will not go unpunished, and he who breathes out lies will not escape.”

Nowhere in scripture are these deeds encouraged or respected in any way. It bears repeating, even a less than an exhaustive study of the Word sufficiently proves gossip and slander are deemed sinful and are strongly discouraged.

We are told to do unto others as we want done unto us. Do we really want to be lied to and talked about behind our backs?

Gossip hurts people and separates friendships. Slander destroys reputations. God hates gossip and slander and so should we.

Patty Johnson is a freelance writer and blogger who produces content to help women who struggle with feeling unfulfilled to discover their God-given gifts for the Kingdom. Find more from Patty at her blog.