Prayer and fasting have always gone hand in hand. In Bible times, people fasted a lot and for a variety of reasons. People still fast today for many of the same reasons! Below are some Bible verses about prayer and fasting.

What Does the Bible Say About Prayer and Fasting

Fasting was a fairly common part of life during Bible times. Found in both the Old and New Testaments, common reasons for fasting included mourning, seeking spiritual revelation, seeking God’s favor, increased sensitivity to God’s voice, an indication of humility, and needing breakthrough or answered prayer for some circumstance of life. The Bible contains direction and many examples to learn from when it comes to prayer and fasting.

Bible Verses About Prayer and Fasting

Here are a few Bible verses on fasting.

In Matthew 6, verses 16 through 18, we are instructed to “not make it obvious as the hypocrites do…But when you fast, comb your hair and wash your face. Then no one will notice that you are fasting, except your Father, who knows what you do in private.” The valuable instruction given by Jesus here is that fasting should be done secretly, not publicly.

“‘We have fasted before you!’ they say. ‘Why aren’t you impressed? We have been very hard on ourselves, and you don’t even notice it!’ ‘I will tell you why!’ I respond. ‘It’s because you are fasting to please yourselves. Even while you fast, you keep oppressing your workers. What good is fasting when you keep on fighting and quarreling? This kind of fasting will never get you anywhere with me.’” Isaiah 58:3-4 (NLT)

Here is an example of how not to fast. When fasting, the primary goal is to seek God. When we are ardently seeking God, our attitude is one of humility, love, joy, and peace. Obviously, this is not the attitude exhibited in the verse above. As a result, Isaiah says that their prayers will not be heard. Ouch! As you can see here, attitude is everything when it comes to reaping the benefits of fasting.

“Then I proclaimed a fast there at the river of Ahava, that we might humble ourselves before our God, to seek from Him the right way for us and our little ones and all our possessions.” Ezra 8:21(NKJV)

Here is a good example of fasting for revelation or direction. Ezra and the Israelites from Artaxerxes’ kingdom needed safe passage from Babylon to Jerusalem. They weren’t sure which route would be the safest, so they prayed and fasted for guidance from the Lord.

Fasting requires a humble spirit, and God’s people fasted in humble repentance a lot in the Bible. In fact, God told the people to fast for this very reason.

“This is what the Lord says, ‘Turn to me now, while there is time. Give me your hearts. Come with fasting, weeping, and mourning.’” Joel 2:12 (NLT)

Other times, the people decided on their own to fast while they sought forgiveness from the Lord, as seen in Nehemiah 9:1-2 (NIV).

“On the twenty-fourth day of the same month, the Israelites gathered together, fasting and wearing sackcloth and putting dust on their heads…They stood in their places and confessed their sins and the sins of their ancestors.”

Bible Verses About How to Fast and Pray for a Breakthrough

Fasting and prayer helped many of God’s people achieve breakthroughs. Here are some examples:

In Jonah 3:7-10, the Ninevites were about to be destroyed by God for their wicked behavior. But because the people and animals fasted and prayed and turned from their evil ways, they were spared!

In 2 Chronicles 20:2-30, Jehosephat, one of the few godly kings of Israel in the days of Kings, was about to be attacked by his enemies. He proclaimed a fast over all of Judah while he “inquired of the Lord.” Long story short, the enemy did indeed attack, but God caused the enemy armies to annihilate each other while Jehosephat and his army sang God’s praises on the sidelines!

Wow! Talk about a breakthrough!

As you can hopefully see, the Bible has a lot to say about the power of prayer and fasting! It tells us how to fast (secretly and humbly) and how not to fast (with a self-centered attitude, continuing to walk in evil). It tells us why we should fast (direction, breakthrough, repentance). 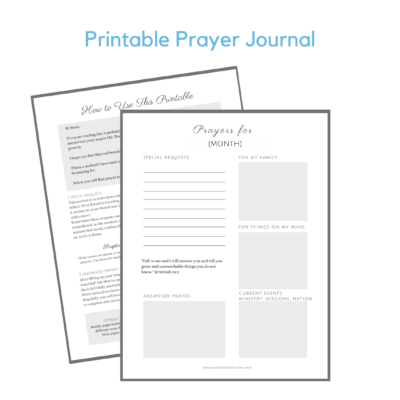 Types of Fasting in the Bible

There are several different types of fasts recorded in the Bible.

Types of Fasting People Use Today

People today use many of the same fasts people used in the Bible.

Like in Bible times, the primary goal of fasting today, no matter which type, is freeing up time and mental space to seek God. The most important thing to remember is to keep a humble heart during the fast.

Scriptures About the Benefits of Prayer and Fasting

Prayer and fasting can result in many benefits as seen in the scriptures below.

“So He said to them, “This kind can come out by nothing but prayer and fasting.” Mark 9:29 (NKJV)

This scripture is evidence that there are some strongholds that cannot be loosened without the combination of prayer and fasting.

“So we fasted and petitioned our God for this, and He answered our prayer.” Ezra 8:23 (NKJV)

In this verse, we can see clearly that a benefit of prayer and fasting is answered prayer.

“But when you fast, comb your hair and wash your face. Then no one will notice that you are fasting, except your Father, who knows what you do in private. And your Father, who sees everything, will reward you.” Matthew 6:17-18 (NLT) 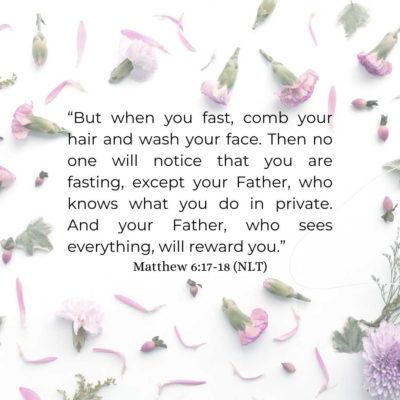 This verse in Matthew is given by Jesus Himself, who says that God rewards those who fast in the correct manner.

Examples of Prayer and Fasting in the Bible

As has been noted previously, many people fasted during Bible times. Here are some of the most widely known stories of fasting in the Bible.

When Daniel and his friends were brought into the service of King Nebuchadnezzar, Daniel and his Jewish friends asked to be given “vegetables to eat and water to drink” instead of the royal delicacies they were offered. (Daniel 1:11-16). Afterward, they were blessed with health, an attractive appearance, and superior wisdom.

The fast of Daniel in Daniel 10:3 is what the aforementioned Daniel Fast is based upon. For a period of 3 weeks, Daniel chose to forgo rich food, such as meat and wine. He also chose to not use oils on his skin during this time. After this fast, Daniel was blessed with a vision of an angel with encouragement and a prophetic message, or revelation, just for him! And this isn’t the only case of prayer and fasting leading to prophetic visions for Daniel, either (see Daniel 9)!

Esther and all the Jews in her kingdom didn’t eat or drink for 3 days or nights in order to receive the king’s favor before she approached him. This was necessary because she could have been killed for approaching the king without having been summoned by him (Esther 4:16). As a result of her fasting, her life was spared by the king, and the plot of the evil Haman was revealed, saving the lives of the entire Jewish nation!

Perhaps the most well-known example of fasting in the Bible is of Jesus fasting for 40 days in the desert. During this time, he ate no food and drank no water. And I love how the Bible says “he was hungry.” Jesus was human, too! Jesus also fasted at various times during His ministry, although it isn’t always explicitly stated.

“Then Jesus was led by the Spirit into the wilderness to be tempted there by the devil. For forty days and forty nights, He fasted and became very hungry.” Matthew 4:1 (NIV)

Moses is another Biblical character who did a complete fast for 40 days and nights. In fact, he did it twice! Once, he was he was writing the Ten Commandments with God on Mt. Sinai. And once he was petitioning God for forgiveness on behalf of the Israelites and his brother, Aaron.

“So he was there with the Lord forty days and forty nights; he neither ate bread nor drank water. And He wrote on the tablets the words of the covenant, the Ten Commandments.” Exodus 34:28 (NKJV)

“The once again I fell prostrate before the Lord for forty days and forty nights; I ate no bread and drank no water, because of all the sin you had committed, doing what was evil in the Lord’s sight and so arousing His anger.” Deuteronomy 9:18 (NIV) 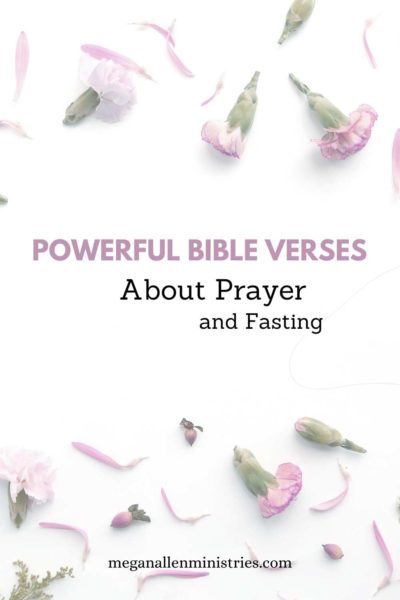 Even though there are many Bible verses about prayer and fasting mentioned above, there are still many more! This goes to show that prayer and fasting are powerful tools for achieving many different results. The many different types of fasting that were used in the Bible and that are used today are evidence that fasting is highly personal. Regardless of the type or length of fast chosen, the main thing is the posture of the heart during the fast. This is what is important to God. 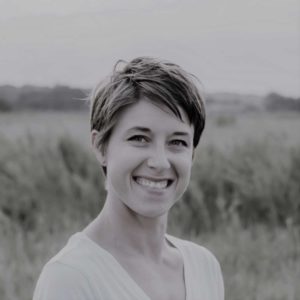 Hi, I’m Coren, a wife and mother of 4. My passion is for learning to trust God more and helping others do the same. This is the only way we can catch the courage to do the Jesus thing when doing the world’s thing is waaay easier and be more effective at advancing the Kingdom of God! You can find more from me at Catching Courage.