Lessons from Eve in the Bible

Eve. The mention of her name unleashes a flood of adjectives to the mind of those who’re familiar with her story. Primarily known for being the poster child for temptation, Eve in the Bible is one of the most prominent women in Christianity and the world. Her life has been an example and warning giving guidance on what not to do. But who is she really? What can be extracted from her story beyond her failure?

That’s exactly what we’ll explore here. You can read about Eve in Genesis chapters 2-4.

Contents hide
1 What is Eve Known For in the Bible?
1.1 Eve Was Taken from Adam’s Rib
1.2 Eve Was deceived by Satan
1.3 Eve, First in Motherhood
2 Do Your Own Bible Study of Eve
3 What Can We Learn From Eve in the Bible?
3.1 Learn to Discern Ungodly Influences
3.2 Eve is the God-Given Solution to Adam’s Need
3.3 Eve, the World’s First Grieving Mother
3.4 About the Author

What is Eve Known For in the Bible?

Other than being the first woman created, what else was Eve known for?

Eve Was Taken from Adam’s Rib

Eve was a special woman, created in a manner totally unique from anything else, God uses a piece of her husband as a foundation for her person. Genesis 2:18-22 tells of God being a master surgeon, putting Adam into a deep sleep to extract his rib and use it to create his wife and helpmate. After which, God presented her to Adam as a parent who gifts a child.

Adam, having named every other living creature, gives her two names: one for her biological function calling her “woman” and then he names her Eve. Eve in the Bible means “Mother of all living” (Elwell, 1996). God’s preferred method of creating a suitable helper for Adam has become the prime example for Christain marriages. Modeling the importance of partnership, walking, and working side by side in marriage.

Eve Was deceived by Satan

While infamously known as the world’s first woman, she also is the first person to be deceived, consequently, bringing some negative press to her name. Eve’s temptation did initiate the onboarding of sin into the world, however, her story reminds us of the fault of our humanity: temptation. We all have a little of Eve within each of us, fighting to abstain from the lust of the eye, the lust of the flesh, and the pride of life to remain in the safety of a close relationship with Christ.

I can’t speak for you, but I’ve failed to see Eve beyond the terms of “temptation”, “fallen” and “helpmate”. When we peel back those layers to add humanity to her experience we can identify with her on an intimate level beyond regretting our mistakes. Eve was entirely a woman, wife, and later, mother. Enduring the hardships of pregnancy, being the fore-mother of the birthing process, labor and childbirth was something no one else had experienced. She could turn to no other woman for support in relating to this complex, beautiful, and intensely painful experience. That same intensity, now a part of her contribution to the world, a heavy inheritance to the daughters she’d never meet. With every contraction being a reminder of God’s punishment for being an accessory to disobedience (Gen 3:16, KJV).

Do Your Own Bible Study of Eve

What Can We Learn From Eve in the Bible?

The story of Eve isn’t a long one, but there’s so much we can glean from her experience. She’s more than her fall, she was still everything God created her to be in spite of her faults. Her purpose was still intact in spite of her disobedience and the same goes for each of us. There’s so much more than meets the eye in the story of Adam and Eve in the Bible beyond the bigger deception of the serpent. Who was Eve really? What other noteworthy lessons can we take from her story other than avoiding talking serpents? Let’s examine other aspects of Eve and her story that we can learn from.

Eve’s mistake was in listening to the serpent, to begin with. Satan being skilled in his tactics knew what to use and what to say to gain Eve’s attention. He starts by questioning the instruction of God to Eve. She answers correctly and then he begins his strategy to diminish any sense of confidence of self-preservation in the instructions God provided. The conversation alone was enough to turn her attention to it and then she began an internal dialogue. It happens to us all; we abide by the rules of something we see no benefit that could come from breaking those same rules.

Eve began to justify reasons why she should disobey God and eat the forbidden fruit. The Bible says that she saw that the fruit was “good for food”, it looked nice (yes, I know. To be fair, anything we shouldn’t have becomes more attractive over time.) and she had a desire to become wise (Gen 3:6, KJV). What can we learn from her here? One, be aware of the conversation we keep. Intents are discovered during interaction with others, even ourselves! We must be able to discern what’s trying to grab our attention. Along with discernment, we must also pay attention to our inner dialogue that allows us to justify sin.

Eve is the God-Given Solution to Adam’s Need

Eve was created to be a suitable helper for Adam (Gen 2:20, KJV). She wasn’t the immediate answer to soothe Adam’s loneliness. After God acknowledged that “man shouldn’t be alone” he created animals and brought them to Adam to name them (Gen 2:18-20, KJV). Why is that important to note? We tend to believe that romance or marriage is the answer to loneliness when it’s not. Adam had a purpose and was completing his assignment before Eve was created.

God created Eve to be qualified aid, perfect to help him accomplish his work. After Adam had completed his work of naming the animals, God couldn’t find any creature present that could complement Adam. Eve was created to be a solution, to complement Adam’s purpose, complete her own to ultimately impact the world. 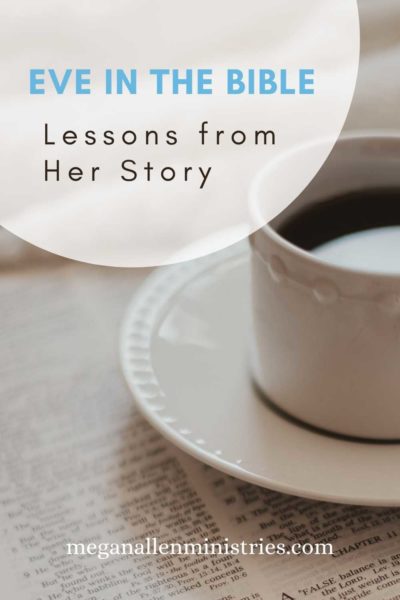 The sons of Adam and Eve were affected by the generational curse initiated by their parents. Having to mourn the death of one son, while the other is banished from her reach (Gen 3:12-16, KJV). One could only imagine the pain both Adam and Eve were in after seeing the outcome of sin infect their offspring. What can we learn here? While the Bible doesn’t give us context into the thoughts and conversations between Adam and Eve during all of this, we can look at their position and imagine how we’d feel in their shoes. Imagine the shame and guilt they took on (Gen 2:7-11, KJV) after the fall and now they must face the reality of a dysfunctional family. They couldn’t sit in that shame, they had responsibilities to produce, raise and provide for a family they were still building. Being the first woman to raise children, grow to love, teach and cultivate them only for one to murder the other; another reminder of what she and her husband’s actions unleashed into the world.

What happened to Eve in the Bible could be summed up as one terrific fail; a fall that created space between man and God with the introduction of sin to the Earth. Okay! Yes, that was a big deal, but Eve was more than that. Her life extended beyond her shortcomings and although she misused her purpose by being a helpmate to Adam in the fall of humanity, she was a powerful woman of God. We all are or have been Eve at one time or another. We’ve all have pioneered successes and failures throughout our lives and just like Eve, our mistakes don’t define us. Our purpose does. 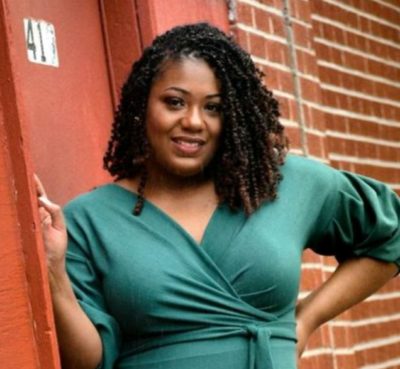 Aeriel Wynnell is a Christain blogger, author and bible teacher from Maple Hill, NC residing in Greensboro, NC. She loves teaching Bible study to teens and young adults, combining games and discussions to illustrate biblical principles. Her ministry is centered on showing the relevant nature of Christ in our everyday lives to those who are new to the love of Christ. Find more from her at her blog.