If you’ve grown up in the church or spent much time in Christian circles, chances are high that you’ve heard the parable of the prodigal son. Of the 39 parables Jesus told in the gospels, it is one of the most well-known.

Before we begin, I’d like to share a quick parable of the prodigal son summary. This parable appears in Luke 15:11-32. Jesus is speaking to the scribes and Pharisees, who were complaining about the fact that Jesus interacted with known sinners and even shared food with them.

Jesus then tells this parable about a rich father who had two sons. The youngest son asks for his share of his father’s inheritance, and his father gives it to him. The youngest son goes out and spends all he was given in reckless living. Destitute and alone while famine ravaged the country, he is hired to care for pigs and longs to eat even what he feeds them.

Finally, the youngest son decides to return to his father and beg to be hired by him as a servant. When the father sees his son coming home, he welcomes him with joy and throws a party to celebrate his return! The older brother is jealous of the attention his wayward younger brother receives, but the father rebukes him for not rejoicing at his brother’s repentance.

That’s the quick version! Obviously, Jesus tells it better, so please read the full story when you have some time.

So what does the parable of the prodigal son practically mean for us today? And how does the truth of that story apply to our hearts and lives?

What is the Main Message of the Parable of the Prodigal Son?

The main message of the parable of the prodigal son is one of unconditional love and forgiveness.

Even though the prodigal son took money from his father and then spent that money on frivolous things, he was never rejected. As soon as he repented and returned to his father, he was met with love and joy!

Just as the father in this parable didn’t berate or scold his son for his mistakes, even though he had every right to, so God doesn’t condemn us when we return to him after sinning.

What Does the Parable of the Prodigal Son Teach Us About the Kingdom of God?

There are several things we can learn about the kingdom of God from the parable of the prodigal son.

We learn that God rejoices when we repent

The entire parable of the prodigal son focuses primarily on the son’s repentance and how his father welcomed him back when he returned. I think we often feel like God is disappointed with us when we sin, and we choose to avoid facing him rather than repent.

But as the parable of the prodigal son shows us, God rejoices at our repentance! Of course, it grieves Him when we sin, but our sin doesn’t have to be the end of our story. God is always there like a longing father, waiting for us to return home to Him.

Why wait a moment longer to repent of your sins and receive the grace your Father God yearns to give you?

We learn that we cannot handle life well on our own

The prodigal son thinks that he’s doing what’s best for himself by taking his inheritance early and running off with it. But he quickly learns that wealth is nothing without the wisdom to use it wisely – and he doesn’t have that.

It takes him to the point of starvation to humble himself enough to apologize to his father and return home. He must have been expecting a harsh and angry response, but that’s not what he found. When the father saw his prodigal son coming home, he reacted with such joy it was as though his son had returned from the dead! (Luke 15:32).

That’s how God sees us as His children!

Before we were saved, the Bible says that we were dead in our sins. God saved us by His grace and when we run to Him for forgiveness and reconciliation, it thrills His heart with joy. We have been saved for glory, not for the pigsty of this earth!

“But God, being rich in mercy, because of the great love with which he loved us, even when we were dead in our trespasses, made us alive together with Christ – by grace you have been saved – and raised us up with him and seated us with him in the heavenly places in Christ Jesus.” ~ Ephesians 2:4-6, ESV

We learn that God views us as His children

God loves us even more than we are capable of loving our own children! When we see God’s love as bountifully overflowing towards us as his beloved children, it changes our perspective of God.

Lessons From the Parable of the Prodigal Son

So what practical lessons can we take from the parable of the prodigal son that will help us in our everyday lives?

If someone stole a significant amount of money from you and then wasted it, how do you think you might treat them if they returned with nothing? Your first instinct probably wouldn’t be to welcome them with kindness. As humans, we all have a limit to our grace without God’s spirit in us. But God’s grace has no limit!

His only condition for us to receive forgiveness and overwhelming love is our repentance. That’s not to say that we won’t still have to live with the consequences of our actions, because all sin has repercussions in this world. But when we receive God’s forgiveness, God says that he “remembers our sins no more. “ (Hebrews 8:12)

What a glorious and comforting truth that is!

There is no competition or comparison between God’s children

The older brother is a very interesting character in the parable of the prodigal son.

As the oldest sibling myself, I’ve always related the most to him! He’s the responsible one, doing the right thing. So when his wayward younger brother returns home and is treated with more celebration than he ever received, it’s understandable that the older brother felt some resentment towards his father.

But his father would not indulge that resentment. He explained why it was fitting to rejoice over the repentance of his younger son, and pointed out that the older one already had everything he was giving to the younger one.

‘His father came out and entreated him, but he answered his father, “Look, these many years I have served you, and I never disobeyed your command, yet you never gave me a young goat, that I might celebrate with my friends. But when this son of yours came, who has devoured your property with prostitutes, you killed the fattened calf for him!” And he said to him, “Son, you are always with me, and all that is mine is yours. It was fitting to celebrate and be glad, for this your brother was dead, and is alive; he was lost, and is found.”’ ~ Luke 15: 28–32, ESV

God rejoices when his lost children are found!

Those of us who are already found in Christ are not to be jealous of those who are newly saved, or who seem to be receiving more than we are. Rather, we are to rejoice and celebrate with them!

Concluding thoughts on the Parable of the Prodigal Son 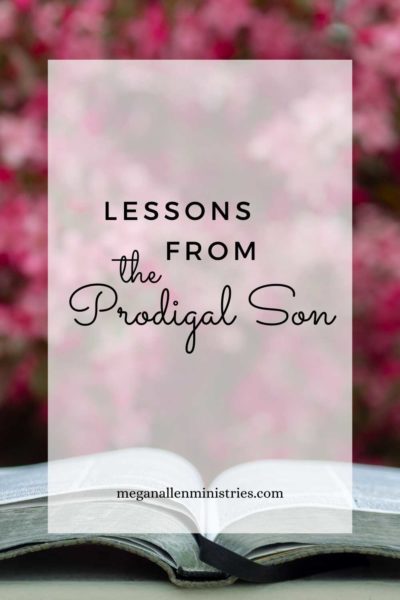 We can learn several lessons from the parable of the prodigal son, and these are certainly not all of them. As you read the parable in Scripture, ask God what He wants you to learn and apply to your life from this story.

We are all the prodigal sons in many ways, and in many ways, we are all the older sons. God’s kingdom and His love are the same no matter how much you might have messed up, or how sanctimonious you may feel about your actions compared to others.

God never turns His children away. He never stops waiting for them, loving them, and rejoicing over them when they run to Him! 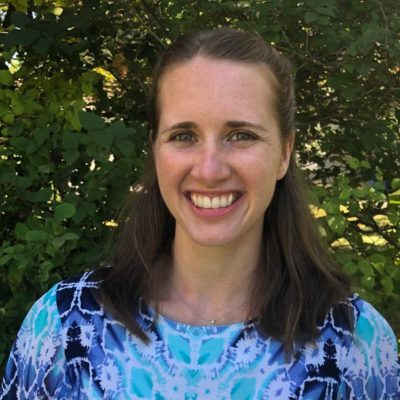 Hi, I’m Lieren! I’m a Jesus-loving girl living my childhood dream as wife to my best friend and mommy to our three children. I blog at Motherhood Beyond Survival, where I share practical advice, ideas, and encouragement to help moms move from merely surviving motherhood to truly thriving in it! My favorite things include getting lost in a good book, singing in the car, spontaneous adventures, and anything chocolate. Find more from me at Motherhood Beyond Survival