Throughout his earthly ministry, Jesus regularly taught in parables. These are stories, analogies, and metaphors meant to explain complicated, heavenly knowledge to people who couldn’t easily understand such things. He would use normal, everyday examples to explain the extraordinary.

Many of Jesus’ most famous teachings and statements are found in parables. This is where we get the story of the prodigal son (Luke 15), a divided kingdom that cannot stand (Matthew 12), and the parable of the mustard seed (Mark 4)— just to name a few. Perhaps his most famous is the parable of the good Samaritan.

If you are unfamiliar with that particular story, it can be found in Luke 10: 25-37. To paraphrase it, Jesus was having a conversation with a lawyer about what to do to inherit eternal life. Jesus asked the man what the Law (first five books of the Bible) said. The lawyer replied, “You shall love the Lord your God with all your heart and with all your soul and with all your strength and with all your mind, and your neighbor as yourself” (Luke 10:27). Jesus agreed with him, but the lawyer wanted more clarification as to exactly who was considered his neighbor.

That’s when Jesus told the story about a Jewish man who had been beaten nearly to death and left on the side of the road. As he lay there dying, a priest (a Jewish man who conducted the religious responsibilities at the temple) walked by a saw him. Rather than help, the priest crossed the street so that he could avoid the man.

Later, a Levite man, who would have served as an assistant to the priests, saw the broken man. He also chose not to help and walked right by. Finally, a Samaritan man saw the perishing man and stopped to help by putting him on his donkey, taking him to a place where he would be healed and taken care of, and paid for it all. Jesus said that the Samaritan man was the neighbor to the man who had been attacked because he showed him mercy and that we are to do the same to all that we meet.

What Is the Main Message of the Parable of the Good Samaritan?

One of the major details about this story is the dynamic between Jews and Samaritans at the time: they hated each other. It was a despisal that went back centuries. Samaria was a city located in the middle of Israel. At one point, it was even the capital of the country. After the Assyrians successfully invaded the country in the 700s BC, many of the Samaritan people intermarried with their captors.

This caused the Jews to look down upon them because they had defiled what they considered to be their sacred Jewish bloodlines. This would create a racial partiality that would last until Israel’s fall in 70ish AD. The Jews spent those centuries treating the Samaritans poorly, even refusing to set foot in their territory because it would make them unclean.

The main message in this story is that we are to treat all people with love and mercy. It doesn’t matter who they are, what they’ve done, or where they’ve been. It doesn’t even matter how they’ve treated you; it’s all about being compassionate to everyone that you meet. That it was it means to be a good neighbor. That is the good Samaritan lesson.

What Does the Good Samaritan Symbolize?

The good Samaritan in Luke symbolizes the ideal as to how we are all supposed to live our lives. Whenever he saw the Jewish man on the ground and hurt, he didn’t seem to take much into account besides that there was someone in need. I’m sure that he knew that this man was Jewish, and he knew how the Jews had demeaned the Samaritans. Still, there was no hesitancy on his part. In this parable, the Samaritan meaning is that of someone who will lay everything aside and rise above any negativity to help someone. 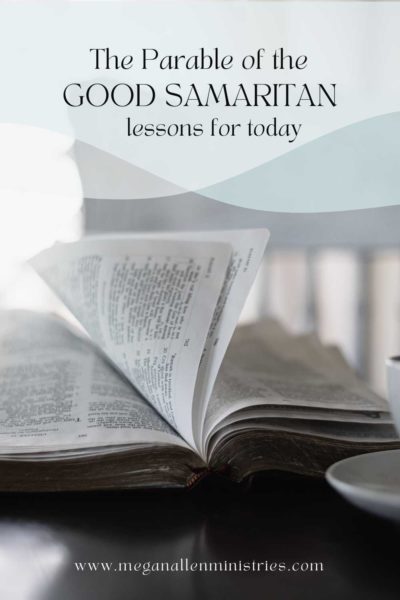 Lessons We Learn from The Parable of the Good Samaritan

Here are a few of the lessons we learn from this parable that we can apply to our own lives today.

We Can’t Assume Others Will Help Those in Need

Look at the two men who didn’t help the Jewish man who had been attacked. Not only were they Jewish, but they were also religious leaders of the day. They were tasked with taking care of and loving all the Jewish people, yet they did not rise to the occasion. We should not assume that those in need will be taken care of by those who are deemed responsible.

It would be nice if family, friends, churches, charities, governments, etc. would have mercy and compassion on those who are hurting. Sadly, this simply isn’t the case. Too many people fall through the crack because we assume others are going to help them. We need to look around and find those people who need a ‘neighbor’ and serve them the best that we can and not assume others will.

We Need to Focus our Eyes Predominantly on God and Others

After the Lawyer told Jesus that the Law commanded that we love God and our neighbors, Jesus told him, “Do this and you will live” (Luke 10:29). If we want to live the abundant life that God has called us to (John 10:10), then we must focus on putting God first and others above ourselves. That’s what the Samaritan did when he laid down his pride and his pain to help his oppressor. We need to keep our eyes focused upwards on God, and only bring them down to find those who are in need.

Now, you may be wondering, “How does the good Samaritan relate to life today?” I don’t think that we have to think hard to come up with people with whom we don’t agree or whom we dislike. Those sentiments are far too common these days. We let race, politics, religiosity, and other things get in the way of us treating each person as a beloved child of God.

These things are all secondary. We need to be willing to lay down our earthly allegiances so that we can fulfill our heavenly obligation. If the Samaritan man would’ve walked by the Jewish man because of their differences, then the Jewish man surely would have died. Instead, he loved his enemy (like Jesus commands us to do in Luke 6:27) and saved his life.

The Good Samaritan Embodies How Jesus Loves Us

While this is a story to show us that we are to love all people as our neighbors, it is also a story of how Jesus loves us. We are all that beaten and broken Jewish man lying on the side of the road with no hope. That is the effect that sin has had upon our lives. Yet, Jesus found us in our lowly state and offered us grace.

As Romans 5:8 states, “But God demonstrates his own love for us in this: While we were still sinners, Christ died for us.”

Just as the Samaritan man paid the price to have the Jewish man physically healed, Jesus paid the price for us to be spiritually healed. The difference is that this didn’t cost Jesus two denarii, but his life. A cost that he was more than willing to pay.

“Who is my neighbor?” was the question that the lawyer asked (Luke 10:29). Jesus emphatically informs us that all people are our neighbors. It is our job to treat them as such. There are far too many people who are on the side of the road and need help. More than we could ever imagine. God has called us to be like the good Samaritan and offer help to them, even if it comes at a cost to us.

There is nothing that should stand in the way of us loving all that we meet. The good Samaritan laid down every negative feeling and societal norm to have mercy on someone who was hurting. May we live out the command that Jesus said to put an exclamation point on the story, “Go, and do likewise” (Luke 10:37). 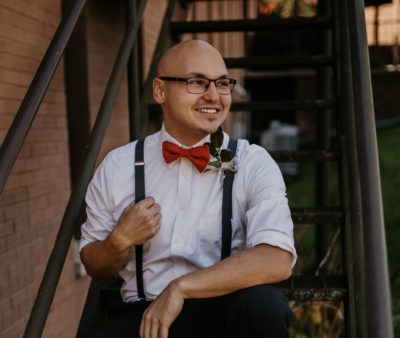 Kyle is an author, blogger, podcaster, and youth pastor. More importantly, he is a child of God. All his work revolves around one thing: letting everyone know that God loves them like crazy. Find more from Kyle at his blog.