Jesus was a wise and compassionate Savior, and the journeys He went on were no accidents. In the parable of the ten lepers, He was intentional in the path He took. He had a plan to both bless and test those He knew that He would encounter.

On the way to Jerusalem he was passing along between Samaria and Galilee. 12 And as he entered a village, he was met by ten lepers, who stood at a distance 13 and lifted up their voices, saying, “Jesus, Master, have mercy on us.” 14 When he saw them he said to them, “Go and show yourselves to the priests.” And as they went they were cleansed. 15 Then one of them, when he saw that he was healed, turned back, praising God with a loud voice; 16 and he fell on his face at Jesus’ feet, giving him thanks. Now he was a Samaritan. 17 Then Jesus answered, “Were not ten cleansed? Where are the nine? 18 Was no one found to return and give praise to God except this foreigner?” 19 And he said to him, “Rise and go your way; your faith has made you well.” – Luke 17:11-19

What is the Meaning of the Parable of the Ten Lepers?

The parable of the ten lepers is a depiction of believers in Christ. We have all humbly recognized our spiritual conditions before God, and have acknowledged Jesus as our Master. We have all cried out to Him for the healing of our souls, and have even obeyed him with resulting salvation.

But the one leper who returned to thank Jesus for being healed represents the one individual who takes his relationship with the Lord a bit further. This is the person who, like Mary who washed Jesus’s feet, recognizes that there is a higher level of a relationship with God. The one leper who returns to thank Jesus is a symbol of the attitude that Mary used to pour out expensive ointment on the feet of Jesus and to wash his feet with her hair and her tears.

The parable of the ten lepers is a picture of one whose life has been transformed by Jesus, and who uses blessing as an opportunity to strengthen his or her walk with Jesus.

Lessons from the Ten Lepers 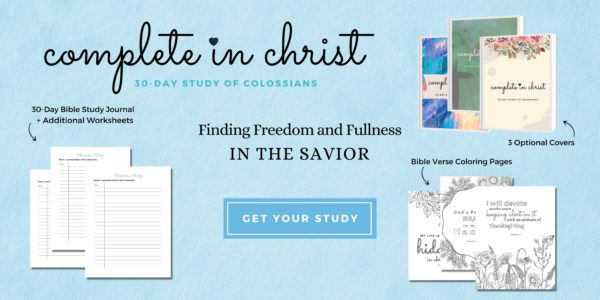 There are four important lessons we can learn from the parable of the ten lepers. Let’s explore them!

The Lesson on Humility

In Luke 17:11-19, the ten lepers knew their status both medically and socially. Medically, they were well aware of their contagious state, and socially they knew they were unacceptable. On both counts, they knew enough to get close only to each other and stand afar from everyone else – including Jesus.

This aspect of humility reminds us to never deny the truth of where we stand before a holy God. We have all sinned and we all fall short of God’s glory. Acknowledging this truth is the first step to being made righteous in God’s sight.

But there’s another element to the humble attitude of the ten lepers. They called Jesus “Master”. Their spiritual perception was like that of the thief on the cross who called Jesus “Lord”.

When we declare that Jesus is our Master, we are making ourselves low (aka being humble). The ten lepers are a great depiction of how to be real about who we are, and about who God is.

The Lesson on Obedience

The ten lepers in Luke 17:11-19 also help us learn the value of obeying Divine instructions.

How did Jesus heal the ten lepers?

Maybe they had expected Jesus to just speak over them for their healing. Or perhaps they thought He would have applied some clay like He had done for a blind man once. Whatever their expectations, they were not put off by Jesus’s simple instructions: “Go show yourselves unto the priests” (Luke 17:14, KJV).

Jesus’s command to the ten lepers was not extravagant or extraordinary. But that did not stop these men from doing what He told them to do.

When we are given commands by the Holy Spirit, they may not come with a “wow” factor. In fact, many instructions found in the Scriptures can come across as mundane. But as it was for the ten lepers, so it may be for us today: inherent in our Lord’s seemingly simple requests lies the power to manifest what we so long to see.

The Syrian army captain, Naaman, knew this all too well. Like the ten lepers, he too suffered from the terrible disease of leprosy. Faced with disability and possible death, Naaman allowed himself to be convinced of a way out. But it wasn’t smooth going. When Naaman did not get the attention and instructions he wanted from Elisha, he was disappointed and angry. However, after he wisely accepted the encouragement to do what Elisha said, he was a changed man. He was changed on the outside because he no longer had leprosy; he was changed on the inside because he now knew the power of obeying words from the true and living God.

The Lesson on Boldness from the Parable of the Ten Lepers

It’s not always easy to be different. Sometimes before we take a step we tend to look around first and see if anyone else is doing it. This can be particularly frightening when the crowd we are in all identify as “Christian”.

Abraham had an experience like that. He had heard God speak to him about offering Isaac. But on the journey up the mountain, Abraham instructed his servants to go no farther with him. The rest of the walk belonged to him and Isaac only.

There will be times when there’s a need for bold distinction and separation in our faith walks. Even when everyone else is okay with where they are, sometimes one person will feel the pull to “go yonder and worship” (Genesis 22:5, KJV). It is a private and individual decision. Not everyone will know and those who do, may not understand.

The one leper who returned to Jesus,  had that boldness to make an uncommon choice. He had to leave behind friends who he had suffered with, and who may have even comforted him as a leper. He had to step out from a crowd who all went to Jesus together, who all got their healing at the same time.

But that one bold leper didn’t allow memories or past camaraderie to keep him from a new thing. The uncomfortable truth this leper teaches us is that in God’s kingdom, there is no loyalty but loyalty to our Master.

For many of us, this might be a hard concept to absorb if we make decisions “for old time’s sake”. Not so this formerly leprous man. He was willing to cut ties, say goodbye and leave everything and everyone behind to go all the way with Jesus.

The Lesson on Thankfulness

This lesson might come across as a cliche. Don’t we all know how to give thanks? It seems too obvious.

Despite this apparent redundancy, we can take something from the one leper’s attitude of thankfulness. The one thankful leper was a Samaritan. In fact, Jesus called him a “stranger” (Luke 17:18, KJV).

Jewish tradition insisted on a separation of Samaritans from the true Jews. This was demonstrated in Jesus’s famous encounter with the woman of Samaria. When she was approached by Jesus, she reminded him of the prevailing sentiment against the Samaritans: “the Jews have no dealings with the Samaritans” (John 4:10, KJV).

The knowledge of this segregation should have been enough to keep the healed man from Jesus. But something more powerful than racial conflict was overflowing in him – thankfulness and worship.

We don’t know for how long these ten men had been sick, but they were in enough distress to cry out unashamedly for help. Then, when their miracle finally came, they showed no similar intensity. All, except for the one man who returned to Jesus. The cleansed leper glorified God with a loud voice and prostrated at Jesus’s feet in thanksgiving.

This stranger, this rejected Samaritan broke protocol to pour out worship from a heart full of gratitude. It was a response that Jesus took note of, and apparently, Jesus was expecting it! He knew all ten had been healed and asked for the other nine. “There are not found that returned to give glory to God, save this stranger” (Luke 17:18, KJV). Jesus was obviously disappointed. All ten men had been blessed, but only one had passed the test.

We too may find ourselves in desperate situations, needing some kind of deliverance. The level of urgency we display to get what we want should match the earnestness with which we worship after being blessed. How sad it would be if God comes through for us, and we continue with our lives as if nothing happened. 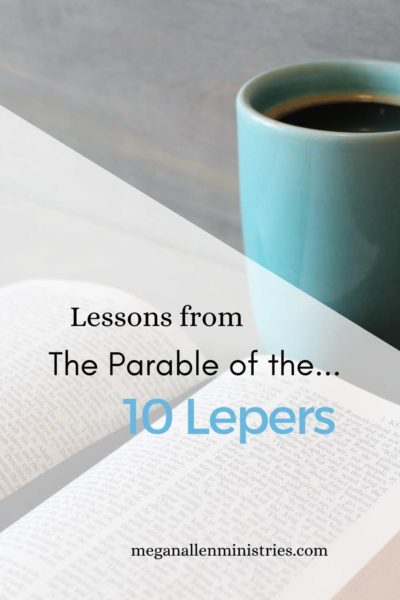 The parable of the ten lepers in Luke 17:11-19 is full of deep lessons we can learn or at least, remind ourselves of. Let’s take them and build on our walk with the Lord! 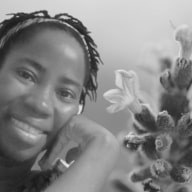 Yaneke is a Jamaican wife and mother of three young children. She loves creating content as a freelance writer, podcaster and Youtuber. She’s also a gifted singer/songwriter (whenever God chooses to share a song with her, of course). But her main ministry is her Blog for the Christian Damsel dedicated to the spiritual growth of young Christian women.