Ruth was a great example in the Bible of someone who loved and was blessed by the Lord. At times, we may not feel like God is with us, but He is always present and watching us. He may not bless you in the ways you think you should be blessed, but He knows what’s best.

Ruth in the Bible was a Moabite. That means that she was not a naturally-born believer. Instead, she decided to follow the God of her mother-in-law, Naomi, the God of Israel. She went against the grain and followed Naomi to Bethlehem, where the women were eventually richly blessed.

Who was Ruth in the Bible, and What Did She Do?

Ruth was a Moabite, which was not the best reputation in the land of Judah. Her mother-in-law, Naomi, was from Bethlehem and decided to go home when she found out the Lord had blessed the land with a harvest. She had moved to Moab because of a famine.

After some debate, Ruth and Naomi traveled back to Bethlehem to receive unexpected blessings from the Lord. The meaning of Ruth in the Bible’s name is “friend,” and she showed this as she was a loyal friend to Naomi, her dear mother-in-law.

Ruth in the Bible’s husband was Chilion, but he passed away when she lived in Moab. Once she moved with Naomi to the land of Judah, Ruth met and married Boaz, a wealthy landowner. Ruth and Boaz had a son, Obed, who became an ascendent of our Lord, Jesus Christ.

The moral of the story of Ruth in the Bible is to follow the Lord always. God will provide for us. There may be times when it seems like He isn’t there, but He will surprise you with blessings beyond your wildest imagination. This is what He did for Ruth and Naomi!

Do Your Own Bible Study of Ruth

If you would like to do your own in-depth study of Ruth in the Bible, make sure to grab these free Bible study worksheets. Use the Chapter Study Kit to study any Biblical character.

Characteristics of Ruth in the Bible

When Ruth and Orpah (her sister-in-law) set out to follow Naomi, their mother-in-law, as she wished to return home to the land of Judah, it was only Ruth who stuck with Naomi to the end of the journey. Ruth knew that being with Naomi was the smart choice, even though it was scary!

But Ruth said: “Entreat me not to leave you, or to turn back from following after you; for wherever you go, I will go; And wherever you lodge, I will lodge; your people shall be my people, and your God, my God. Ruth 1:16 (NKJV)

Naomi was blessed to have a loyal and loving daughter-in-law, someone who cared about her well-being. Ruth blindly followed her mother-in-law, happy to make “your people and your God mine.” This is unusual for an in-law relationship.

In the book of Ruth, we learn that Ruth was not only loyal to her mother-in-law, she was also obedient. Naomi wanted Boaz to marry Ruth, so she set the wheels in motion by having Ruth take the necessary steps to find a husband. How was Ruth obedient? Listen to her words.

She went from being a widow who had nothing but a great relationship with her mother-in-law to a shining star in the Bible.

Ruth did marry Boaz and had a child with him. However, this did not happen overnight. There wasn’t an immediate happy ending for Ruth and Boaz.

The story begins with the death of her father-in-law. Shortly after this, her husband passes away. She clearly went through many challenges before even meeting Boaz.

Through it all, Ruth was brave, courageous, and humble. She won the heart of Boaz, but it wasn’t a quick process. She worked the fields for months before approaching him to be her kinsman-redeemer. Most likely, she was saddened by her many losses in life.

Nevertheless, she did gain a marriage to the wealthy businessman, Boaz, and she had a child, Obed, a boy who was greatly loved by many, especially by Naomi. Ruth showed a great deal of patience and reverence in her actions and behavior.

So, Boaz took Ruth, and she became his wife. While he made love to her, the Lord enabled her to conceive, and she gave birth to a son. – Ruth 4:13 (NIV)

Lessons We Can Learn from Ruth in the Bible

Ruth traveled with her mother-in-law to a land she had never been to. She showed a great deal of bravery and courage in her actions. She said that Naomi’s God would be her God, and she was proud to walk alongside this lady.

Following God can result in so many blessings. We often don’t know what to expect, except great things. God will surprise you with blessings greater than your wildest dreams! You won’t always get your way, but His way is the best way!

Be Humble and Obedient

Ruth followed the instructions of Naomi when it came to how to interact with her future husband, Boaz. Naomi advised Ruth to get washed up, put on some perfume, and look her best to meet with Boaz. Ruth followed this advice exactly.

We are advised to follow the instructions of the Bible, the all-inspired Word of God. Thus, we are to trust and obey God in the same way that Ruth followed the clever tips given to her by her mother-in-law. Listening to and obeying God can reap many rewards and is totally worth it!

While the story of Ruth is a quick read, as it’s only a few chapters long, the time period in which all this happened is not short. Ruth worked the fields of Boaz during the wheat and barley harvest. That means for months that she did hard labor, similar to the Proverbs 31 woman.

As the Scriptures tell us, Ruth was a young woman and could have had her pick of young men. Instead, she went and uncovered the feet of Boaz on the threshing floor on his property, indicating that she wanted Boaz to be her husband, her kinsman-redeemer. 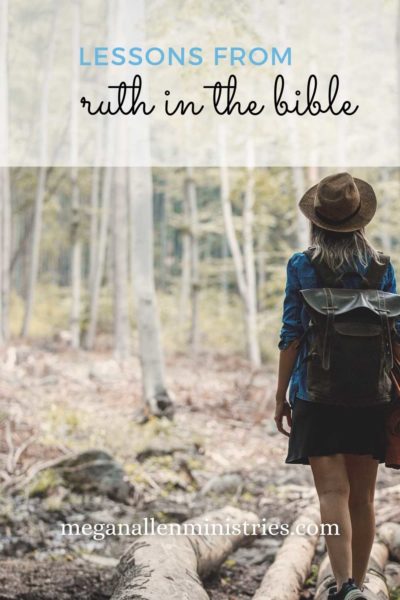 Concluding Thoughts of Ruth in the Bible

Ruth was not your typical believer since she was not born an Israelite. She followed the road that led to the Lord’s land and was richly blessed because of her courage, strength, and humility. She is an example to us all of how the Lord can bless you when you least expect it. 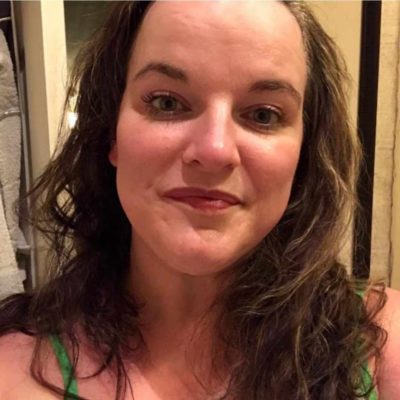 Michele L. Kelsey is a Bible scholar and freelance writer who founded and manages Sharing Life and Love – a Christian website dedicated to helping people become the best version of themselves through volunteerism, Christianity, and recovery. She also runs a writing business, Michele L. Kelsey.