What Does the Bible Say About Unity In the Church?

We are living in a time when division seems to be waiting around every corner. I believe we need to seek a deeper understanding of what the bible says about unity, especially within the church. I’m fully convinced that this is a crucial component in our ambition to effectively bring glory to God.

Here are some important biblical principles and Bible verses about unity and working together as the body of Christ.

What Does Unity In the Church Mean?

When considering biblical unity, there is a passage in Ephesians 4 that comes to mind.

As a prisoner for the Lord, then, I urge you to live a life worthy of the calling you have received. 2 Be completely humble and gentle; be patient, bearing with one another in love. 3 Make every effort to keep the unity of the Spirit through the bond of peace. 4 There is one body and one Spirit, just as you were called to one hope when you were called; 5 one Lord, one faith, one baptism; 6 one God and Father of all, who is over all and through all and in all. Ephesians 4:1-5 NASB

If you look at the definition of unity in the Bible, you would find that ‘unity’ in its original language means oneness.

God has made His people one together with Him through the Holy Spirit. We are bound as one body for the purpose of furthering His kingdom and His glory.

2 Stories of Unity in the Bible

There are two examples of unity in the Bible I want to consider. One from the Old Testament and one from the New Testament. These stories show us why unity is important in the church.

Israel Against the Vast Army

King Jehosophat stood in front of the vast army. They were outnumbered. Then, the Lord told him to send the singers to the front lines. When the people began singing and praising the Lord set an ambush against their enemies and they were defeated! This is one of my favorite stories in the Old Testament! I love how the Lord used the worshippers to defeat the army.

However, there is more to this story that, I think, often gets overlooked.

Then some came and reported to Jehoshaphat, saying, “A great multitude is coming against you from beyond the sea, out of Aram and behold, they are in Hazazon-tamar (that is Engedi).” 3 Jehoshaphat was afraid and turned his attention to seek the Lord, and proclaimed a fast throughout all Judah. 4 So Judah gathered together to seek help from the Lord; they even came from all the cities of Judah to seek the Lord. 2 Chronicles 20:2-4 NASB

Did you catch that? “They even came from all the cities of Judah to seek the Lord”! What an awesome example of unity in the church!

The second example of unity in the Bible is in Acts 2.

And all those who had believed were together and had all things in common; 45 and they began selling their property and possessions and were sharing them with all, as anyone might have need. 46 Day by day continuing with one mind in the temple, and breaking bread from house to house, they were taking their meals together with gladness and sincerity of heart, 47 praising God and having favor with all the people. And the Lord was adding to their number day by day those who were being saved. Acts 2:44-47 NASB

Benefits of Unity in the Church

These examples give us a glimpse of the power of unity in the church! When the church is unified God is glorified.

In 2 Chronicles we see the people were unified in their purpose to seek the Lord for wisdom in their strategy against the vast army! This clearly played a role in releasing the heavenly resources that fought and won their battle – and ultimately, brought glory to God!

In Acts 2 we see a beautiful picture of unity among believers. They were adding to their numbers daily. Unity is attractive. When the church is unified, we radiate the glory of God into a dark and depraved world.

How Can We Promote Unity in the Church?

Here are some scriptures that give us some principles for how to build unity among our brothers and sisters in Christ.

Believers Must Walk in Humility with One Another

make my joy complete by being of the same mind, maintaining the same love, united in spirit, intent on one purpose. 3 Do nothing from selfishness or empty conceit, but with humility of mind regard one another as more important than yourselves; Philippians 2:2-3 NASB

God wants His people to walk in humility with one another – because walking in love means walking in humility. In the passage above, Paul instructs the Philippian believers to consider others. He knows that this is a requirement of the body functioning together as one.

The opposite of humility is pride. Where pride is present so is disorder and division. Pride focuses on self – not the body as a whole.

We Must Be Led By the Spirit

The entire law is fulfilled in a single decree: “Love your neighbor as yourself.” But if you keep on biting and devouring each other, watch out, or you will be consumed by each other. So I say, walk by the Spirit, and you will not gratify the desires of the flesh. Galatians 5:14-16 NASB

We have the Holy Spirit dwelling within us. He guides and helps us to walk in a manner that is worthy and pleasing to God. However, we still have our flesh that wages war against the Spirit. We must choose each day to be led by the Spirit instead of our flesh. When we remember to do this, unity in the church will flourish because the Spirit will lead us in oneness. 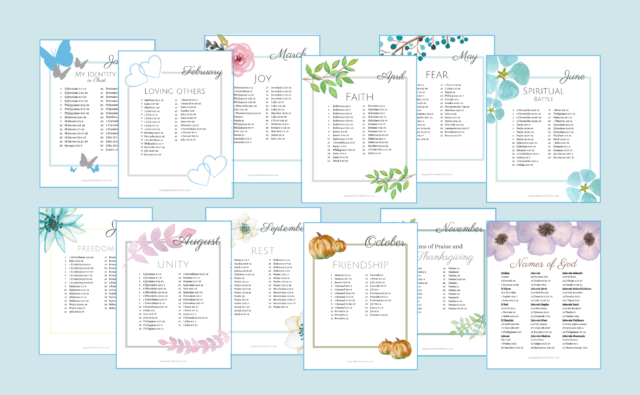 Keep Our Focus on the Gospel

Only conduct yourselves in a manner worthy of the gospel of Christ, so that whether I come and see you or remain absent, I will hear of you that you are standing firm in one spirit, with one mind striving together for the faith of the gospel; in no way alarmed by your opponents – which is a sign of destruction for them, but of salvation for you, and that too, from God. Philippians 2:27-28 NASB

When our mind is set on the gospel and the hope it gives us we are strengthened to stand against the enemy of fear. Fear is at the root of many divisions in the body of Christ.

Also, we must be united in our purpose to spread the gospel to others. This, ultimately, is the reason God has us remaining in this world. We are to partner with the Lord in ushering others over the threshold of darkness into light. Out of the kingdom of the world and into the Kingdom of Heaven!

Pray for Unity in the Church

I do not pray for these alone, but also for those who will believe in Me through their word; 21 that they all may be one, as You, Father, are in Me, and I in You; that they also may be one in Us, that the world may believe that You sent Me. John 17:20-21 NASB

Our goal as Christians is to become more like Jesus. To walk the way he walked. To serve the way He served. To pray the way He prayed. Therefore, if Jesus prayed for our unity, so should we.

Prayer is important. Prayer is powerful. Prayer is our instrument for extracting the resources of heaven into our experience. So let’s make prayer for unity in the church a top priority!

I love encouraging women to abide in God’s Word! Megan Allen Ministries is a place where you will find some great tips and resources to better equip you to dig deep into God’s truth. You will also find encouragement and tools to cultivate a powerful and strategic prayer life.

While you’re here, grab a free printable Bible study of John chapter 1 as my gift to you. No email required.

Join the Megan Allen Ministries Email Community and get weekly (or bi-weekly) encouragement delivered to your inbox. Plus receive access to the growing Resource Library!

Be watching for a confirmation email in your inbox.