Wealth is something few people would say no to. With wealth come security, status, ease, and a host of other comforts. And though we as Christians are told that “the love of money is the root of all evil” (1 Timothy 6:20 NIV), did you know that God in fact desires to give us treasures? As the King of Kings, He has an incredible amount of wealth to share with His adopted children. He clearly tells us that there is a way to obtain this wealth in the form of heavenly rewards. In Matthew 6:20, we are told to store up for ourselves treasures in heaven. We are also told something else – do not store up treasures on earth!

However, often we find storing up treasures in heaven to be difficult or conflict with our fleshly desire to store up treasures on earth. We find it easier to see the worth of the things directly before us rather than the promised worth of heavenly treasures – and we end up saying “no” to the wealth God offers! A simple readjustment of our perspective based on the lens of God’s Word will help us avoid this pitfall and enjoy the priceless treasures that God offers His children.

Contents hide
1 What Does the Bible Say About Hidden Treasure?
2 What Is the Meaning of Matthew 6:21?
3 The Difference Between Treasures on Earth and in Heaven
4 How to Store Up Treasures in Heaven
4.1 Doing Good Deeds In Secret
4.2 Fasting and Praying In Secret
4.3 Accepting Persecution For His Name
4.4 Investing In The Kingdom of God
4.5 Meet the Author

What Does the Bible Say About Hidden Treasure?

God’s kingdom is the setting in which we will be rewarded with heavenly treasures.

Jesus acknowledged that this kingdom is not always easy to focus on and invest in, comparing it to a treasure that is hidden from plain sight.

In Matthew 13:44, we read, “The kingdom of heaven is like treasure hidden in a field. When a man found it, he hid it again, and then in his joy went and sold all he had and bought that field” (NIV).

In the very next verses, Jesus tells a similar parable.

“Again, the kingdom of heaven is like a merchang looking for fine pearls. When he found one of great value, he went away and sold everything he had and bought it” (Matthew 3:45-46 NIV).

Earlier in the chapter, the kingdom of heaven is compared to a mustard seed that has hidden within it’s tiny center the capability of growing into the largest of garden plants (Matthew 3:31-32).

All of these comparisons have at their core the principle that the kingdom of heaven has a hidden aspect to it – it’s worth is not clearly discernible to the eye of sinful man.

In Matthew 6:21, an interesting Biblical principle is revealed to us.

“For where your treasure is, there your heart will be also.”

What could this mean? The key to understanding this verse lies in the word “heart” which is the seat of our loves. If the word “heart” symbolizes “what we love,” this verse could be understood as a warning telling us that whatever we consider our highest treasure will draw our hearts and our love towards it.

If we treasure the things of this world, such as fame and status, material wealth, power, people – even though we say we love the Lord, our heart will eventually be drawn away from Him and towards our earthly treasures.

We are even given a Biblical example of someone who failed to heed this warning! King Solomon started out with an ardent love of the Lord and a desire to worship Him alone. However, he began to treasure his wives and concubines above the value that came from his relationship with the living God. Slowly and indiscernibly, his heart and his love were drawn away from God and towards his treasure – pleasing his wives. He ended up disobeying God’s word in multiple ways – by loving foreign women (forbidden by God), marrying far more wives than he should (he had 700 wives and 300 concubines), and worst of all, eventually worshiping the same false gods his wives did.

1 Kings 11:4 tells us that “As Solomon grew old, his wives turned his heart after other gods, and his heart was not fully devoted to the LORD his God, as the heart of David his father had been.”

Where his treasure was, there Solomon’s heart followed.

The Difference Between Treasures on Earth and in Heaven

Guarding our hearts against turning away from God is not the only reason we should pursue heavenly treasures rather than earthly ones. The Bible helps us to understand another key reason we should guard ourselves against investing in earthly treasures. Treasures on earth are temporary, destructible, and insecure (they can be lost or stolen). Think about how quickly the stock market can crash, a bank can be robbed, or a fire can destroy someone’s treasure. Even if it doesn’t happen quickly, the slow passage of time wears away treasure, whether rust or moths (for physical things) or the physical degradation of our own bodies (if we are treasuring our health or athletic ability). Power eventually passes to someone else, and fame fades as the world moves on to newer, better things.

At the end of the day, whatever treasures we may amass here on earth, we will lose absolutely everything when we die and return to square one. This transient nature of earthly treasure means that our hearts cannot be secure in it. If earthy treasures are where our love has been drawn, we are in danger of having our hearts broken when the earthly treasures pass away and we are left empty-handed. We will not only suffer the tragedy of immediate loss, but also the loss of a whole lifetime invested in things that amounted to nothing.

On the other hand, heavenly treasures are permanent, indestructible, and eternally secure. They are created and awarded by God, kept in heaven for us, and so nothing can touch them.

The Bible contrasts them to earthly treasures.

“Do not store up for yourselves treasures on earth, where moths and vermin destroy, and where thieves break in and steal. But store up for yourselves treasures in heaven, where moth and vermin do not destroy, and where thieves do not break in and steal. For where your treasure is, there your heart will be also” (Matthew 6:19-21 NIV).

How to Store Up Treasures in Heaven

Throughout Scripture, God has revealed Himself as someone who cares for the needy and oppressed of society. In Deuteronomy 10:18, we read that…

“He defends the cause of the fatherless and the widow, and loves the foreigner residing among you, giving them food and clothing” (NIV).

God also loves when we, His children, manifest the same character of loving and caring for our neighbor. However, in Matthew 6, Jesus is clear that when we do these good deeds, we should do them “in secret” to get heavenly rewards. Because of our earthly nature, if we do good things publicly, we will be tempted to be prideful in ourselves and do it for the admiration of others.

“Be careful not to practice your righteousness in front of others to be seen by them. If you do, you will have no reward from your Father in heaven” (NIV).

Instead, we are told…

“But when you give to the needy, do not let your left hand know what your right hand is doing, so that your giving may be in secret. Then your Father, who sees what is done in secret, will reward you” (Matthew 6:3-4).

When we do righteous acts in secret to please God rather than man, we are storing up treasures in heaven.

Fasting and Praying In Secret

Like acts of righteousness, prayer can be something that makes us look more spiritual to the people around us. Jesus warns us against this and tells us to pray in secret. Echoing the earlier passage about giving in secret, Matthew 6:6 says…

The same principle is given for the spiritual discipline of fasting, and can be inferred for every other spiritual discipline we use to draw closer to God. Seeking God is something that should be done for His sake alone – not to pump up our “spiritual” tires in front of other people. When we seek God in secret, we are showing that our heart desires Him for His own sake, and we will be blessed with heavenly rewards and treasures.

Accepting Persecution For His Name

As followers of Christ, we will encounter times when our acts of righteousness inspire not the admiration but rather the persecution of those around us. Though this experience may be painful, this too is a way of storing up treasures in heaven.

Matthew 5:11-12 tells us, “Blessed are you when people insult you, persecute you and falsely say all kinds of evil against you because of me. Rejoice and be glad, because great is your reward in heaven, for in the same way they persecuted the prophets who were before you” (NIV).

However difficult persecution may be in the temporal sphere, the “present suffering” does not compare with the reward that will come (Romans 8:18 NIV).

Investing In The Kingdom of God

Throughout our lives, we will be faced with a choice. Will we invest in God’s kingdom by loving and serving His people, or will we pursue something that only has value here on earth? Every time we make the choice to “seek first His kingdom and His righteousness” (Matthew 6:33 NIV) over our own temporal pleasures, we show that we have an accurate view of reality (as God sees it) and value God above anything else. In this way, we earn heavenly rewards that have lasting value.

Hebrews 11 is a hall of fame for people who stored up treasures in heaven rather than on earth. They had the opportunity to earn earthly treasures, but they had the faith in God’s promise to invest instead in heavenly rewards and await the coming kingdom. Among those listed there is Moses, who can inspire us to do the same. In Hebrews 11: 24-26, we read…

“By faith Moses, when he had grown up, refused to be known as the son of Pharaoh’s daughter. He chose to be mistreated along with the people of God rather than to enjoy the fleeting pleasures of sin. He regarded disgrace for the sake of Christ as of greater value than the treasures of Egypt, because he was looking ahead to his reward” (NIV).

We too can be in God’s hall of fame and enjoy the heavenly rewards He has to offer – by looking beyond the temporal and investing in the eternal. It’s the best investment we will ever make! 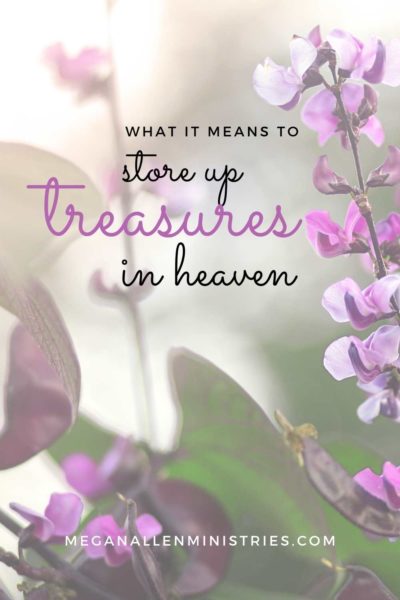 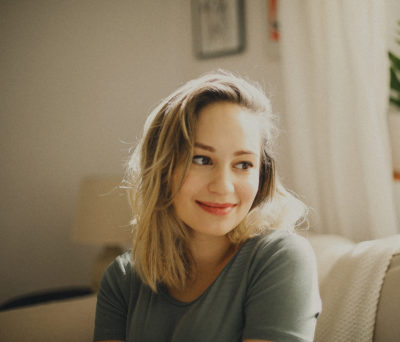 Maria Whittaker is a missionary wife and mom. Along with her husband Nathan, kids Emory and Jack, she is serving on the mission field in Medgidia, Romania. Her heart is to encourage and speak truth to Christian women seeking godliness. Connect with her at The Spiritual Woman Blog.